I am in the lucky position to have a veggiepatch where I can grow out some bonsai trunks. This parcel of land is a bit away from my house, so I do not go there every day. As a result, it can happen that a stray dog or cat can pass through the garden and push over newly planted seedlings. This is probably how 3 young plants came to lay above-ground when I was there on March 31st 2020.

In contrast to the rest of the plants that were opening their buds and have started spring, these were dry, buds small and fairly dried out. I was at the point of just tossing them in the compost. I can however not throw away plants unless I am certain they are dead, so I decided to toss the plants in a bucket of water for a few days instead, and then plant them in potting soil.

Two weeks later, two out of three had started to push buds and the first leaves are in view. The third, a Japanese maple, was pronounced dead, and I proceeded to pot the two zelkovas individually. In June the plants looked like they had never known any hardship and were growing well.

In late July one of the actions was to decide what to do with one of the zelkova’s. it was originally intended for a broom style tree. But the nebari was bad and the transition of trunk to branches was one big swelling. All in all, not great bonsai material. I decided to layer the swollen bit of the trunk. That way, it would make a small clump.

Fast forward to August 30, In the middle of cleaning up my benches I came across this zelkova again, and decided to take a peek. Lots of roots! So I proceeded to separate the layer from the base. As it had developed so many roots and some had already gone woody, I decided to comb out the roots and trim all roots to the same length. A piece of slate was placed in a deep pot and I have planted the layered zelkova on top of it to stimulate a wide nebari.

Furthermore, I decided to do some rootwork on the base. As I removed the substrate it was clear that the base had grown lots of new roots. So I combed the roots, trimmed them back and replanted it. The top was cut flush and sealed with petroleum jelly. Both plants are now in afternoon shade, getting ready for winter. Next year more about these zelkovas? 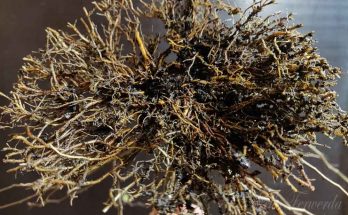 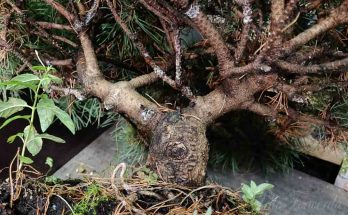 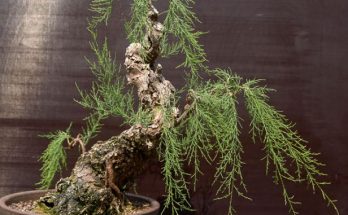 View all posts by Jelle Ferwerda →

Bonsai material: Digging from a garden

Any cookies that may not be particularly necessary for the website to function and is used specifically to collect user personal data via analytics, ads, other embedded contents are termed as non-necessary cookies. It is mandatory to procure user consent prior to running these cookies on your website.